Mork & Mindy: Where are they now?

This section contains updates on what the cast has done since Mork & Mindy ended. Robin Williams was born July 21st, 1952 in Chicago, Illinois. His father Robert was a Ford motor executive, and his mother Laurie was a model. He spent most of his time home alone, creating imaginary characters and playing with armies of toy soldiers. He went to high school in Marin County, and graduated in 1969.

Williams first studied political science at Claremont Men's College, and soon after fell in love with performing. He also went to the College or Marin for awhile. Later he moved to New York, and attended the Juilliard School. At the time, John Houseman was the headmaster, and Christopher Reeve was also attending school there. While going to Juilliard, Robin worked as a mime.

Williams' television career began in 1977 with two appearances in the NBC comedy variety series The Richard Pryor Show. His other early television guest appearances included Laugh-In, Eight is Enough and America 2-Night. He first appeared as Mork in the fifth season episode of Happy Days titled "My Favorite Orkan," which aired on ABC on February 28, 1978. After the success of the appearance, Williams was given his own spin-off series.

Mork & Mindy premiered on ABC on September 14, 1978. Williams played the alien Mork from the planet Ork. He met the pretty Mindy McConnell (Pam Dawber) after he landed in a giant egg-shaped spacecraft near Boulder, Colorado. Mork was known for putting on his suit backwards. He would often wear rainbow suspenders later in the series. The crazy character would sit in a chair upside down. He had a hand gesture similar to Mr. Spock's Vulcan salute from Star Trek combined with a handshake. His catchphrases were "Shazbot" (an Orkan profanity) and "Na-Nu Na-Nu," which meant goodbye in the Orkan language. Williams was known for improvising much of his dialogue and physical comedy.

The series became an instant hit in the first season when it finished tied in third place with Happy Days in the Nielsen ratings. The series was nominated for an Emmy for Outstanding Comedy Series. Robin Williams received an Emmy nomination for Outstanding Lead Actor in a Comedy Series. He won the Golden Globe Award for Best Actor – Television Series Musical or Comedy in 1979. Some changes to the stories and cast were made in the second season. It was also moved to a different night and timeslot. The show never recovered in the ratings. Williams' idol Jonathan Winters was brought in the final season as Mork and Mindy's child, Mearth. They still had a nice run for four seasons and 95 episodes. Williams also appeared as Mork in the premiere episode of the ABC sitcom Out of the Blue. He returned as Mork in the sixth season Happy Days episode titled "Mork Returns." He also voiced the character in the animated series the Mork & Mindy/Laverne & Shirley/Fonz Hour in 1982-1983.

In 2013, Williams returned to a series regular role in the CBS sitcom The Crazy Ones. He played Simon Roberts, a father who works with his daughter (played by Sarah Michelle Gellar) in a Chicago advertising office. The series also starred Richard Wolk, Hamish Linklater and Amanda Setton. Despite good reviews and respectable ratings, it was canceled after one season.

Williams had roles in more than 75 films. He received Academy Award nominations for his work in Good Morning, Vietnam, Dead Poets Society and The Fisher King. In 1998, he won the Academy Award for Best Supporting Actor for his performance as Sean Maguire, a psychiatrist who helps a genius (played by Matt Damon) realize his potential, in the 1997 film Good Will Hunting. He won Golden Globe Awards for his roles in Good Morning, Vietnam, The Fisher King and Mrs. Doubtfire. Some of his other acclaimed films and financial successes included Popeye, The World According to Garp, Awakenings, Hook, Jumanji, The Birdcage and Night at the Museum. Other film highlights included Moscow on the Hudson, Flubber, Patch Adams, What Dreams May Come, Bicentennial Man, Insomnia and One Hour Photo. He provided his voice in Aladdin, FernGully: The Last Rainforest, Robots and Happy Feet. For a complete listing of his credits, please visit his IMDB page.

He was found unresponsive at his home in Marin County, California, on August 11, 2014, and was pronounced dead at the scene. According to the Marin County's coroner's office, the probable cause of death was asphyxiation. Mr. Williams was 63.

Survivors include his wife Susan Schneider; son Zachary with his first wife Valerie Verladi; and daughter Zelda, who's also an actress, and son Cody with his second wife Marsha Garces.

A versatile actress who moves effortlessly between the comedic and the dramatic, Dawber has had leading roles in numerous TV movies and mini-series. She starred in "The Face of Fear," a movie of the week based on the best-selling thriller of the same name. She also starred in the Emmy-nominated Avnet Kerner production "Oh Do You Know the Muffin Man?"

Dawber's other television credits are equally impressive. She has appeared in "Quiet Victory: The Charlie Wedemeyer Story"; "American Geisha"; "Wild Horses"; "This Wife For Hire"; "Web of Deception"; "A Child's Cry For Help"; "Last of the Great Survivors"; "Through Naked Eyes"; "Remembrance of Love"; and "The Girl, the Gold Watch and Everything." She played Sam "Samantha" Russell on the successful comedy series "My Sister Sam" and appeared on "The Twilight Zone" episode "But Can She Type?"

Dawber starred in the big-screen film "Stay Tuned," a wry comedy-adventure that explores the power and effect of one of the most omnipotent media in the world--television. She also starred in the critically acclaimed Robert Altman film "A Wedding."

In the theatre, Dawber received critical acclaim for her role as Mabel in both the Los Angeles and Broadway productions of "Pirates of Penzance." She toured and starred in productions of "My Fair Lady," "The Music Man," "She Loves Me," and "Love Letters" (which co-starred her real-life husband, actor Mark Harmon).

Pam Dawber continues to appear in TV Land in newer roles than Mindy, but none is quite as pure and wholesome.

In 2014, she reunited with Robin Williams in an episode of the CBS sitcom The Crazy Ones.

She was born on October 18th, 1951 in Detroit, Michigan. Pam is married to actor Mark Harmon who was a regular on Chicago Hope. They have one son Sean Christian and a daughter named Ty. 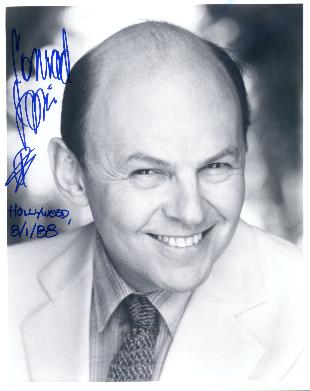 Conrad Janis was born February 11, 1928 in New York, New York. Since Mork & Mindy he has appeared in a handful of tv shows and movies including Brewster's Millions, Nothing in Common, and The Cable Guy. I most recently saw him on an episode of Diagnosis Murder with Happy Days alumni Donny Most and Erin Moran; and David Lander and Leslie Easterbrook from Laverne & Shirley .

Elizabeth Kerr appeared in several theatrical and tv movies with her last credit being the 1991 movie Frankie & Johnny. She appeared on a number of sitcoms, including Mr. Belvedere, The Facts of Life, Punky Brewster and Gimme A Break.

She was born August 15, 1912 in Kansas City, Missouri and passed away in Long Beach, California on January 13th, 2000. Internet Movie Database Entry for Elizabeth Kerr

Jeffrey Jacquet was in the 1978 movie Return from Witch Mountain and the 1983 tv series Whiz Kids.

Ralph James was the voice of Orson on Mork & Mindy, as far as I know he never appeared on-screen. He did voices for several other movies and specials such as The Looney, Looney, Looney Bugs Bunny Movie and the 1981 Spiderman tv series. He died March 14th, 1992 in Los Angeles, California at the age of 67.

Tom Poston was born October 17th, 1921 in Columbus, Ohio. He has appeared in several tv series including Bob and Grace Under Fire. He is perhaps best known for his role of George Utley on the long-running series, Newhart.

Much more information and photos can be found on his website

Jay Thomas has appeared in numerous movies and tv specials since Mork & Mindy ended. He is probably best known for his role of Eddie LeBec on Cheers.

Gina Hecht was born December 6th, 1953 in Winter Park, Florida. She has appeared in a handful of movies, including Night Shift and St. Elmo's Fire.

Born in New York City, he grew up in New Jersey, Michigan and Texas and served in the Navy. He began his acting career after neighbor Clint Eastwood encouraged him to try drama, and starting with small roles in "Rio Bravo" and "The Man Who Shot Liberty Valance."

Often cast as a sheriff, bad guy or wild-eyed preacher, he went on to appear in features including "Cool Hand Luke," "High Plains Drifter" and most recently, "Hoot." On TV, he had recurring roles as Exidor on "Mork and Mindy" and Yancy Tucker on "The Waltons." He appeared on dozens of series, including "Bonanza," "Columbo," "Big Valley," "Incredible Hulk," "The Six Million Dollar Man," Murder, She Wrote," "Fame," "MacGyver," "Dharma & Greg" and "Matlock."

He was a founding member of Harvey Lembeck's comedy-improv group "The Crazy Quilt Comedy Company" and was active in celebrity golf tournaments.

He is survived by his wife Jill and two brothers.

Foster Brooks was born May 11, 1912 in Louisville, Kentucky. He appeared in several movies including Cannonball Run II with his most recent credit being the 1991 movie The Giant of Thunder Mountain.

Comedian Foster Brooks, best know for his comic routines as "The Loveable Lush", passed away December 20, 2001 in Encino, California of natural causes.

Although he is most famous for his "drunk" routines, he also appeared in numerous sitcoms throughout his career such as "The Munsters" and "The Beverly Hillbillies". In addition, he appeared occasionally on "Mork and Mindy" as "Mr. Sternhagen", the station manager of the televison station where Mindy worked in some of the later episodes of the series. He also appeared on game shows, making frequent appearances on the 1970s version of "Match Game".

Although other comedians have impersonated drunks as part of their routine, Brooks was so good that many people could not tell if it was an act, or if he had really been drinking! His best performances (in my opinion) were on the "Dean Martin Celebrity Roasts", where he would stagger to the podium, mispronounce the guest of honor's name (for example, he referred to Sammy Davis Jr. as "Sandy Duncan Jr."), and sway back and forth as he "struggled" through his monologue.

One additional fact that many people do not know is that Mr. Brooks had a beautiful singing voice. Foster Brooks was a very talented individual, and will be missed. Rest in Peace, Foster.

(thanks to Jimbo for posting this information on the message boards) Jonathan Winters was born Jonathan Harshman Winters III on November 11, 1925 in Dayton, Ohio. He has a long list of credits and has also done numerous voice work for animation specials. He was Robin Williams' idol as Robin was growing up and was one of the reasons he got the role of Mearth in 1981-1982.