Based on the best-selling book and popular 1960 Doris Day movie of the same title, Please Don't Eat the Daisies was author Jean Kerr's story of an unusual suburban family.  Jim Nash was a professor of English at Ridgemont College in Ridgemont, New York, the community in which he lived with his family.  Wife Joan was a newspaper columnist who hated housework, didn't like to cook, and was totally unconcerned about how her traditional suburban housewife neighbors felt about it.  She got up at noon and did whatever moved her at the moment.  Completing the household were the four Nash children, all boys, including mischievous seven-year-old twins; Martha, the family maid; and a huge 150-pound sheepdog named Ladadog.  The Thorntons were next-door neighbors of the Nashes. 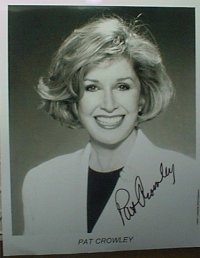 - gives a filmography and some biographical information for each cast member

Looking to buy or sell Please Don't Eat the Daisies photos or other memorabilia or any other kind of memorabilia? Try eBay, click below:

If anyone has any further information on show, cast members, or any pictures - please e-mail me.

For hundreds and hundreds of sitcom links, please visit my main page: