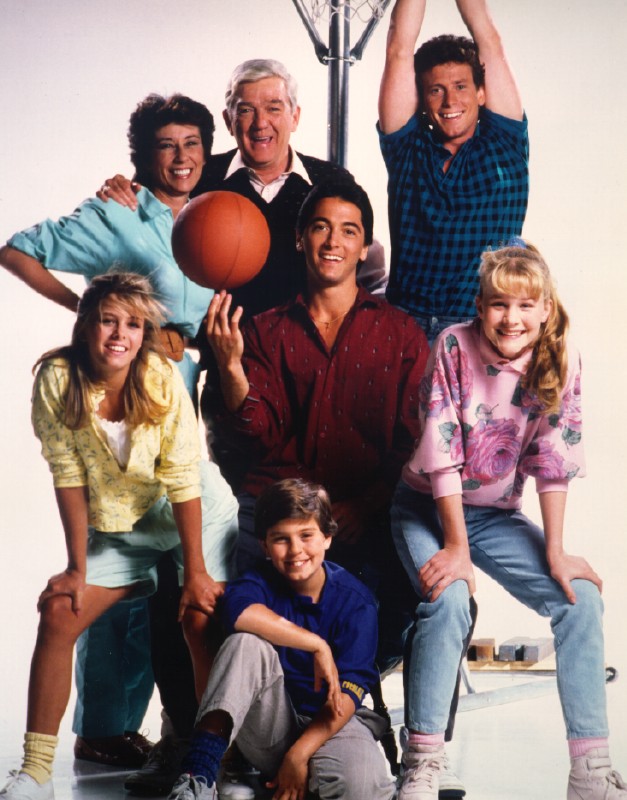 Charles in Charge on DVD: Buy Charles in Charge - The Complete Second Season on DVD Buy Charles in Charge - The Complete Third Season on DVD Buy Charles in Charge - The Best of on DVD

Our friend Eric at JustMyShow.com has a new podcast up featuring an interview with Michael Pearlman. Before Jamie, Sarah and Adam Powell on Charles in Charge, there was Lila, Douglas and Jason Pembroke. Don't be confused. Michael Pearlman is here to give you the inside word on Charles in Charge's first family--the Pembrokes. I liked the Pembrokes. They were fun and not as known as the Powells. I may have preferred the more popular Powell seasons, but the Pembrokes were also good and started this show off!

As an actor, Michael Pearlman is best know for the role of Jason Pembroke in the first season of Charles in Charge. He has since left Hollywood for Wyoming where he writes the outdoor adventure blog Generation Recreation.

Eric even gives us at SitcomsOnline a quick mention in the first question to Michael! So now this makes this interview a must listen! Thanks Eric! So head on over to JustMyShow.com to listen to the interview Eric does with Michael Pearlman! And after you listen to that, get more of Michael Pearlman over there by listening to bonus clips, which includes Michael talking about how he got the role and how it was to meet the second family. Good stuff!

Have a question about Charles in Charge, comment, trivia question, update on the cast members, etc.? Then post your message on the:

Charles in Charge Message Board

New boy in the neighborhood
Lives downstairs and it is understood.
He’s there just to take good care of me,
Like he’s one of the family.

And I sing, I want, I want Charles in Charge of me.

And I sing, I want, I want Charles in Charge of me. One of two 1984 series featuring hunky guys working as domestics (the other was ABC's Who's the Boss), Charles in Charge was the saga of a 19-year-old college student who went to work as a male governess for a busy working couple. In exchange for room, board, and a little spending money, Charles tried valiantly to keep a rein on Stan and Jill's three rambunctious children: cute, boy-crazy Lila (14); sarcastic Douglas (12); and happy-go-lucky Jason (10). Charles worked hard at the job and at his studies, but still managed to find time to hang out with his best friend Buddy and to pursue the girl of his dreams, beautiful, sexy coed Gwendolyn Pierce.

When Charles in Charge returned to the air as a first-run syndicated series in early 1987, only Charles and Buddy were left from the original cast. The Pembrokes had moved to Seattle and sold their house to the Powells, who became Charles' new employers. The man of the house was not Mr. Powell, a Navy commander stationed in the South Seas, but his cranky father Walter, himself a retired career Navy man. Also in the house were Walter's daughter-in-law Ellen, and his three grandchildren, Jamie (14), Sarah (13), and Adam (12). Jamie was much more outgoing, worldly, and boy-crazy than her younger sister and seemed to be forever preoccupied with getting Sarah out of her shell, while Sarah was moving at a much slower, but for her more comfortable, pace. Rambunctious Adam could have been a clone of Jason Pembroke.

That fall Charles' loving mother, Lillian, came from Scranton for a short visit. She bought his favorite hangout, Sid's Pizza Parlor, and took up permanent residence in New Brunswick. Not only did he have to deal with her good-natured meddling, but picking up girls at Sid's, when she was there, was not what it used to be.

During the 1988-1989 season, Lillian converted the pizza parlor to a nostalgic diner named The Yesterday Cafe, her hip young nephew, Anthony, came to live with her for awhile, and Charles was involved with sexy Stephanie--his most serious romance since Gwendolyn. In the last original episode, which aired in December 1990, Charles was accepted to graduate school at Princeton.

Click here for the titles, one-line summaries, and guest stars for all 126 episodes

Click here for interesting facts about the show and cast members; also a section on the Charles in Charge/Happy Days connection

Where does Charles in Charge air?:

Stations airing it include (this is list may not be totally accurate as channels frequently change their schedules, check your local listings):

South Africa/Africa, The Series Channel
Slovenia - Televizija Kanal A
Italy - Happy Channel (satellite pay tv channel) known as the Babysitter there - recently finished after all episodes were broadcasted
Russia (Moscow) STS-8, no longer on there
New Zealand, TV4, Sundays at 5PM
CTS (Toronto, Canada), no longer on there

Have a question about Charles in Charge, comment, trivia question, update on the cast members, etc.? Then post your message on the:

Charles in Charge Message Board

Charles in Charge: The Unofficial Homepage

The One and Only Scott Baio Homepage

- information on his movies and tv series, lots of photos, sound files, miscellaneous information - the definative (and only!) source for Scott Baio fans!

Nicole Eggert on "Charles in Charge"

- general information and photos (in Russian)

Yahoo links for Charles in Charge

Wikipedia entry for Charles in Charge