Alice - one of over 70 different sitcom pages from Sitcoms Online 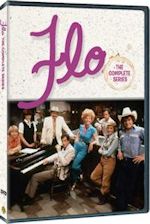 "...And if things work out she's going to stay awhile." And they sure did, resulting in "new girl" Alice sticking around for a triumphant nine-season (1976-1985 on CBS) run that saw this new style sitcom become the standard bearer for the next generation of TV comedy. Alice is the story of Alice Hyatt (Linda Lavin), a recently widowed single mom who finds herself working as a waitress at an Arizona diner while caring for her pre-teen son, Tommy (Philip McKeon). The inimitable Vic Tayback plays Mel, the gruff owner of the diner, while Beth Howland and Polly Holliday play her co-workers, neurotic Vera and no-nonsense Flo. This 3-disc, 24-episode collection collects the entire first season of the Bicentennial-era break-out hit, including the rarely seen pilot episode featuring Alfred Lutter from Alice Doesn't Live Here Anymore, the film inspiration for Alice. Guest stars include Batman's Adam West, Victor Buono, and Dark Shadow's Lara Parker.

Purchase Alice - The Complete First Season on DVD from WBShop.com or Amazon.com

Read our review of Alice - The Complete First Season on DVD

On her way out to Hollywood to become a singer, Alice's car breaks down in Phoenix. With no money and a son to care for, Alice takes a waitressing job at Mel's Diner. Here she works with the ornery owner and chef, Mel, the man-hungry whipper-snapper, Flo, and the ditzy Vera. Together they encounter the lovable regulars and other interesting characters passing through. Based on the Oscar-winning movie "Alice Doesn't Live Here Anymore," this classic television series lasted nine seasons and touched the hearts of all with its witty humor and warm characters.